On Kabakov's 'Labyrinth (My Mother's Album)' 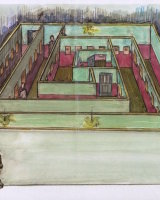 There are many events around the world, and in particularly in London, dedicated to the hundred years of Russian Revolution. Ilya and Emilia Kabakov’s exhibition is one of the rare and always much waited for events in art society. If you are interested in Russian history and, in particular, how people lived in those turbulent years, the exhibition will uncover many tragic aspects of that period.
Ilya Kabakov is Russian conceptual artist immigrated from Russia in 1987. “Labyrinth” is one of his earlier installation works dated 1990. This is one of few works where Kabakov talks about a real and not invented character, his mother. It is now on display in Tate Modern as a part of Ilya and Emilia Kabakov exhibition “Not Everyone Will Be Taken Into the Future”. The exhibition will then be travelling to St. Petersburg and Moscow where it will be on display during 2018. 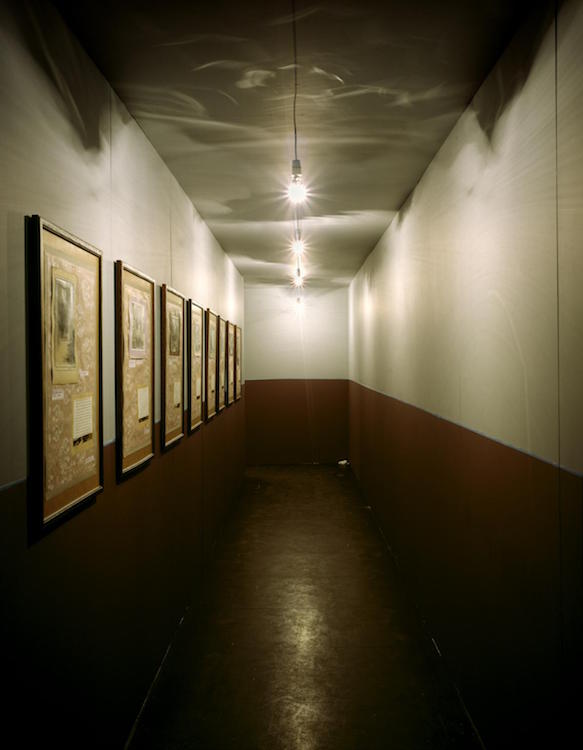 You are entering a dark lit corridor with several bulbs of dim light from the ceiling. It is narrow and gloomy and suddenly you start feeling claustrofobic. You hear the distant sound of music. As you move through the corridor, the music continues, wrapping up your brain with sad lyric of romances. You see some pictures on the wall. You still need some time before your eyes are get accustomed to darkness and you can actually read the text plates. As you start reading, you almost hear in your brain a heavy woman voice which tells you her story.

The corridor seems never ending and, as you move through it from one plate to another, the music grows louder, and the story continues. By the end of your journey you feel overwhelmed by the tragedy of the narrator, you feel sad and sorry for that little woman, but also for the whole country where the whole nation had to suffer. 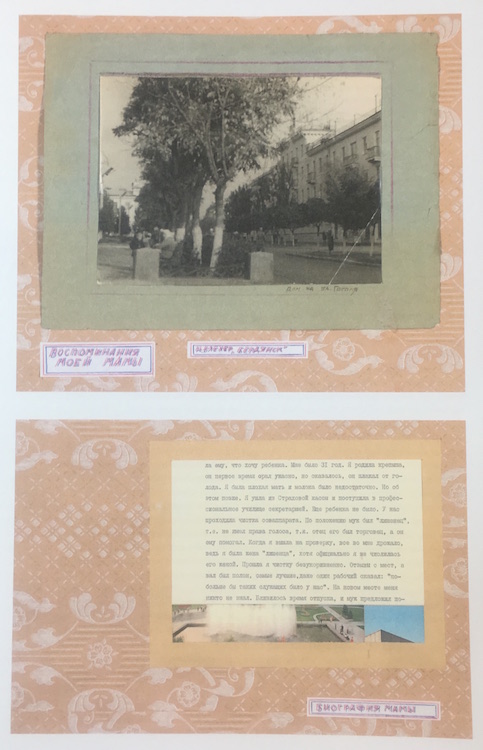 The installation is a long, almost 50 meters, dark lit corridor, which transfers visitors straight to the heart of Soviet communal apartment. There are 76 collages on the walls, which look like pages from some old album or a scrap book. The background of each work is salmon-pink paper with light grey ornament. Each work has an old black and white photograph with views of Moscow or south Ukraine, and a text paragraph written by Bertha Solodukhina, Kabakov’s mother.

All items used for this installation seem to be mundane objects of everyday life, but they are very thoughtfully arranged. All works are handmade, all materials are sourced from Russia and are typical to the Soviet period. This background paper, this is not just some paper, this is a type of a wallpaper which people in Soviet Union used to cover the walls of their flats. Very typical and commonly used. Still can be widely found in some old flats all over the Russia. Colour of paint for the corridor, poor lightning – all very typical as well.

In this work Kabakov uses explicit objects: photographs and excerpts from memoirs and “hidden” objects, “working” for creating an authentic environment: wall papers, paint, lightning, artificial grim and wear, corridor, presented in a form of labyrinth. All these elements work together to help the author to create the atmosphere of a place. For those who lived there, the connection to the past is instant, for those who have never seen it before, the installation recreates the surrounding living environment to the very high extent.

Through the voice of his mother’s memories, Kabakov presents the difficulties of his family living in the young Soviet Russia, but also the story of the country, millions of people living in hunger and poverty, dying from hard work and exhaustion, the only living conditions which Soviet regime could offer.

When you exit the Labyrinth and continue with the exhibition, all the works you see, start carrying different meanings to you, you suddenly understand the author, you see the drama and hopelessness splashing from every work in the room, with the only reason, to survive.

Bhaskar, M. (2016) Curation: The power of selection in a world of excess. London: Piatkus.

Bingham, J. (ed.) (2017) Ilya and Emilia Kabakov: Not Everyone Will Be Taken Into The Future. London: Tate Publishing.

Tate (2017) Ilya and Emilia Kabakov: Not Everyone Will Be Taken Into The Future. Available at http://www.tate.org.uk/whats-on/tate-modern/exhibition/ilya-and-emilia-kabakov (Accessed: 04.12.2017).

Bingham, J. (ed.) (2017) Ilya and Emilia Kabakov: Not Everyone Will Be Taken Into The Future. London: Tate Publishing.
"Displacement has become a method of depiction" - how have artists addressed the themes of travel, migration and exile.
Visiting Enlightenment Gallery in the British Museum
Next
Previous